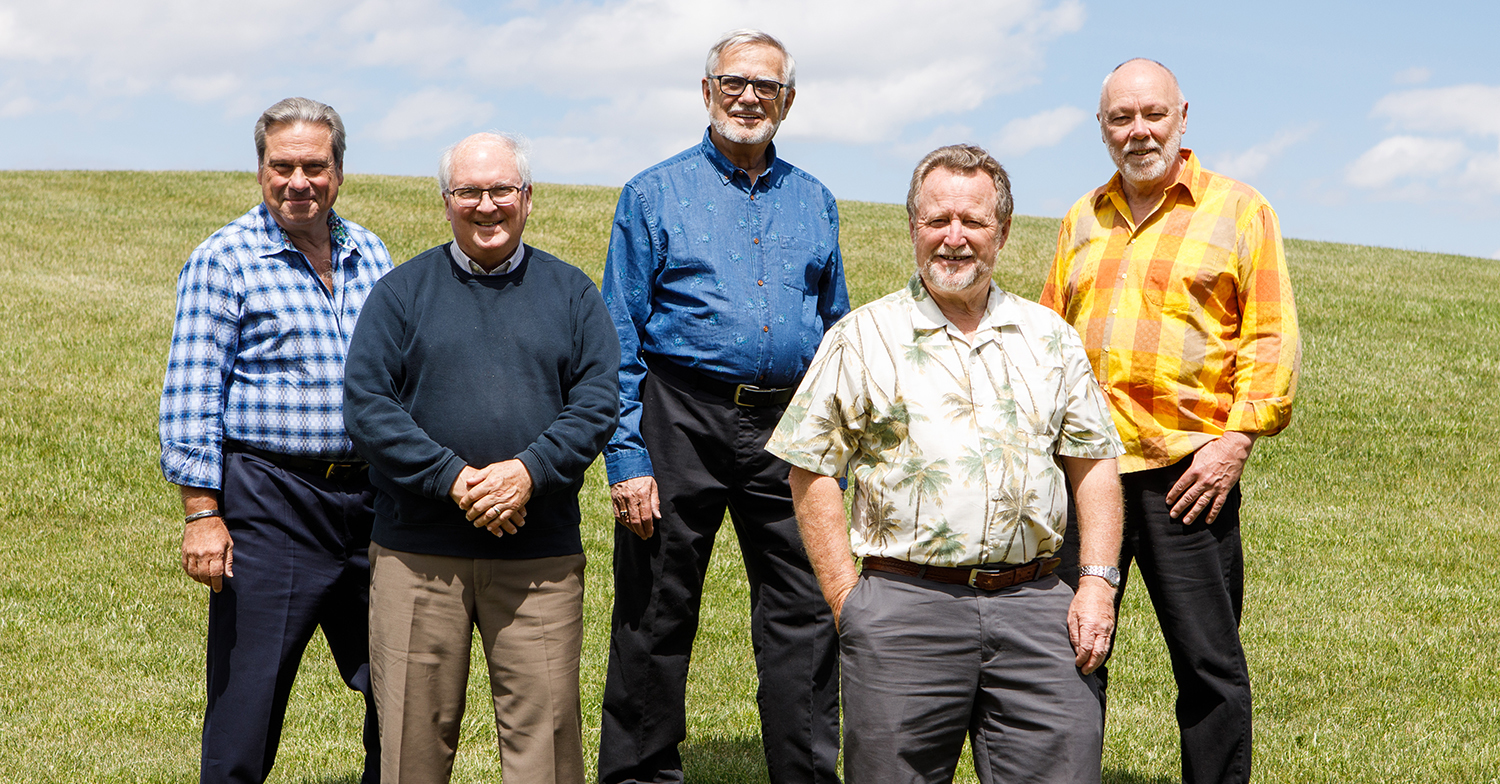 FROM CASSETES TO COMPACT DISKS

Singing, teaching and supporting congregations and community groups for almost forty years the Common Cup Company was formed in Winnipeg in the early 1980s. Jim Uhrich, Ian Macdonald, Bob Wallace and Gordon Light were United Church and Anglican clergy in neighbouring parishes. In the passing of years, they have been scattered across the land, and have added and lost members.

Although most are now retired, and distance makes rehearsal time a rare and wondrous thing, they love getting together!

Common Cup originally produced five cassette tapes of original music. They now boast six CDs, including two collections of “Common Cup Live” songs from concerts over the years. Their most recent studio CD, Earth Beneath Your Feet, was released in 2018.

Common Cup music appears in recent Canadian Hymn Books: Voices United (United Church of Canada), Common Praise (Anglican), The Book of Praise (Presbyterian) and More Voices (United Church). Some songs are also published in collections in the USA, Australia, New Zealand, Sweden, Norway and elsewhere. She Flies On! (written here in Kamloops in the 1980s) has been translated into many languages including French, Spanish, German and Swedish.

Their mission as a group is one of teaching, songwriting, singing and supporting congregations and community groups in their ministry. They have shared in national events from Vancouver Island to Newfoundland to the Yukon. In the Spring of 2018, they were blessed to do a six-concert tour in south west Australia. The group writes: “We care about personal faith, our common life in the Church, the well-being of the earth and its creatures, and peace and justice work.”

The Common Cup Company - In Concert

Tickets in advance from the Church office and at the door, space permitting